Welcome to Cottage-Choice.co.uk! We have 1000's of self-catering holiday cottages for you to choose from. 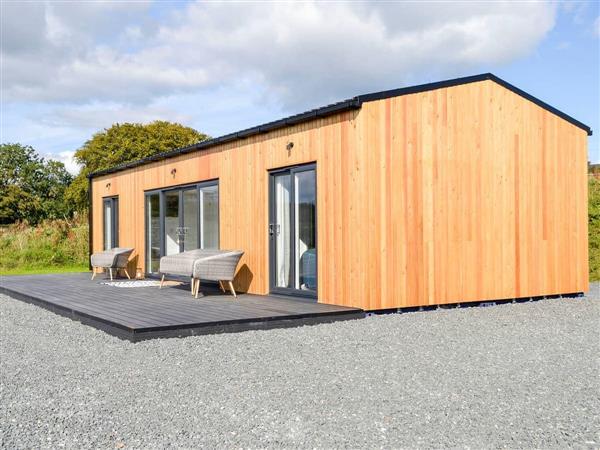 Ysgo Lodge in Rhiw near Aberdaron sleeps 6 people in 2 bedrooms. Ysgo Lodge near Aberdaron has a serene location on a working farm amidst the breath-taking landscape of the Llyn Peninsula, close to th...read more about Ysgo Lodge
Mallard - Ref: 1110022 (Sleeps 6) :

Elm in Etteridge near Newtonmore sleeps 4 people in 2 bedrooms. Elm near Newtonmore; settled in Cairngorms National Park on the outskirts of Newtonmore, is this lovely two-bedroom cottage, Elm.
<...read more about Elm
Larch - Ref: 1109438 (Sleeps 2) :

The Cabin in Occumster near Lybster sleeps 4 people in 2 bedrooms. The Cabin near Lybster can be found in Occumster, near the coastal village of Lybster in Highland, is this single-storey, two-bedroom...read more about The Cabin
Gwel Fynydd - Ref: 1100035 (Sleeps 2) :

Hazel in Etteridge near Newtonmore sleeps 6 people in 3 bedrooms. Hazel near Newtonmore a character cottage is nestled in the small, remote hamlet of Etteridge close to Loch Etteridge amongst the Scot...read more about Hazel
Upalong - Ref: 1050611 (Sleeps 2) :

Upalong in Downderry sleeps 2 people in 1 bedroom. Upalong in Downderry is a former coach house and superb holiday accommodation resting over the first floor in the lovely village of Downderry, Cornwa...read more about Upalong
Carder Cottage - Ref: 1086488 (Sleeps 6) :

Ty Coch in Betws Garmon near Caernarfon sleeps 8 people in 5 bedrooms. Ty Coch near Caernarfon is set in the Snowdonia National Park in the rural village of Betws Garmon, is this farm-style home, Ty C...read more about Ty Coch
The Heights - Ref: 1041437 (Sleeps 6) :

The Barton in Steyning, near Brighton, West Sussex sleeps 10 people in 5 bedrooms. The Barton near Brighton has been renovated and furnished to a very high standard with a large private driveway at fr...read more about The Barton
India Lane Cottage - Ref: UK39590 (Sleeps 4) : Montrose

The Shed in Woolsery, near Hartland, North Devon sleeps 6 people in 3 bedrooms. The Shed near Hartland is situated in Hartland Forest Holiday Park, which has a small number of holiday lodges in a well...read more about The Shed
The Den - Ref: UK39611 (Sleeps 2) : Herne Bay

The Den in Herne Bay, Kent sleeps 2 people in 1 bedroom. The Den in Herne Bay; kick back and relax in this calm, stylish space with lots of mod cons to make your stay a treat. Hi-speed Wi-Fi and two S...read more about The Den
The Piggery - Ref: UK39612 (Sleeps 2) : "Carlingcott, near Bath"

The Piggery in Carlingcott, near Bath, Somerset sleeps 2 people in 1 bedroom. The Piggery near Bath; welcome to The Piggery, a charming one-bedroom studio annexe finished to a high standard in the cha...read more about The Piggery
Rozelle Villa - Ref: UK39613 (Sleeps 7) : Ayr

Stardust in Whitby, North Yorkshire sleeps 8 people in 3 bedrooms. Stardust in Whitby is an exceptional seafront property, it is spacious and beautifully furnished throughout, ensuring you have an idy...read more about Stardust
Sandymeres - Ref: UK39625 (Sleeps 2) : Ton Kenfig

Joenina in Bridlington, Yorkshire sleeps 6 people in 3 bedrooms. Joenina in Bridlington can be found on a quiet side street just a short walk from the town centre of the thriving seaside town of Bridl...read more about Joenina
Lunga Estate Lodges - Catkin Lodge - Ref: UK39646 (Sleeps 6) : Craobh Haven

Ferncroft in Ferncroft, near Gloucester, Gloucestershire sleeps 6 people in 3 bedrooms. Ferncroft near Gloucester a fantastically located property is just a stone’s throw away from the impressiv...read more about Ferncroft
Ffynnonbefa - Ref: UK39657 (Sleeps 4) : Welshpool

Otakaro in Tomintoul, Ballindalloch, Moray sleeps 8 people in 3 bedrooms. Otakaro in Tomintoul; if you’re looking for a well-cared for, cosy and warm house in the heart of the Cairngorms, this g...read more about Otakaro
Sorbie Villa - Ref: UK39711 (Sleeps 6) : "Ardrossan, near Ayr"

Sorbie Villa in Ardrossan, near Ayr, Ayrshire sleeps 6 people in 2 bedrooms. Sorbie Villa near Ayr a beautifully presented lower conversion of a Victorian Villa is situated only 200 yards from the lov...read more about Sorbie Villa
Sea Glass - Ref: 1105962 (Sleeps 4) :

Manoir Louis in Aquitaine, France sleeps 6 people. Manoir Louis is a traditional French farmhouse in the heart of the Landes, Aquitaine. Nestled amidst woodland near to a little farming village, the v...read more about Manoir Louis
Villa Eztia (Sleeps 14) : Biarritz

Maison Du Castrum in Dordogne, France sleeps 2 people. The Dordogne valley views are glorious from this characterful bolthole which has been built into the ramparts of one of France's ‘Pl...read more about Maison Du Castrum
Maison De La Bastide (Sleeps 16) : Languedoc

Maison De La Bastide in Languedoc, France sleeps 16 people. As soon as you catch a glimpse of the Art Nouveau façade of Maison de la Bastide, you will be captivated by the historic charm of this ...read more about Maison De La Bastide
Villa Lerici (Sleeps 6) : Cinque Terre

Villa Lerici in Cinque Terre, Italy sleeps 6 people. Villa Lerici is a modern three-bedroom home located in Liguria in the North of Italy. The home is set in a hilltop position overlooking an expanse ...read more about Villa Lerici
Keepers Cottage - Ref: 1072347 (Sleeps 3) :

Know the name of your holiday cottage?

If you know the name of the cottage you would like to see more information on, you can select cottages alphabetically; choose from holiday cottages starting with : A-B, C-D, E-F, G-H, I-J, K-L, M-N, O-P, Q-R, S-T, U-V, W-X or Y-Z (and all other holiday cottages).


Find your holiday cottage by county

Alternatively, you can select your cottage by county. So if you know the county you wish to holiday in, you can find a cottage by searching by county.

For the latest in special offers and late deals, have a look at some cottage holiday offers we have featured. Choose your preferred county, and we'll show you the offers available.

If you're interested in a holiday villa, we can help there too. We feature holiday villas in all the popular countries around Europe, including Balearic Islands, Canary Islands, Corsica, Crete, Croatia, Cyprus, France, Gozo and Malta, Greece, Italy, Portugal, Spain and Turkey. So if a private villa in the sun is something you quite fancy, have a look at the villas here.

If you're looking for a golfing break, or just want to get in a couple of games on your cottage holiday; have a look at some of the cottages near golf courses. Just choose your golf course, and we'll show you cottages which are nearby.

Pet friendly cottages - holiday cottages where your pet is allowed

Looking to take your dog on holiday? Have a look at these pet friendly cottages. Choose the area you wish to take your holiday, and all the holiday cottages where pets are allowed will be displayed. Your pet is one of the family too, so you don't want to leave them at home. Choose a cottage which is pet friendly to assure they can go too.

Search for holiday cottages near ...

Search for a holiday cottage near a town or attraction, just type in the place you want holiday near, and we'll show you all the holiday cottages which are available. There's about 10,000 towns and attractions listed, so wherever you want to take your cottage holiday, the chances are they'll be something for you. Try the cottage search page, and see what you can find.

Holiday cottages with a hot tub

For an extra special cottage holiday, choose a cottage with a private hot tub - a hot tub can really give you a relaxing break. Just think about laying up to your neck in lovely hot water, and watching the sun go down with a glass of wine in your hand. And what's really good about a hot tub, is that you can use one whatever the weather. Even if you've got snow on the ground, you can still make full use of your hot tub; if a hot tub holiday is something which takes your fancy, have a look at cottages with a hot tub in: Eastern England, Southern England, South West England, Central England, Northern England, Scotland, Wales and Ireland.

We regularly have a "featured attraction", and at the moment the attraction is: Pleasurewood Hills Family Theme Park in Lowestoft, on the Suffolk coast is a family day out with a variety of rides and attractions to suit any member of your family.

Have you considered a lodge holiday? Holiday lodges are set in quiet surroundings, and can be the ideal way of enjoying a relaxing few days away. Whether you're after a lodge in Cornwall or a lodge in the Scottish Highlands - or anything in between; it's worth having a look at the holiday lodges featured.

Cottage of the month - Dragonfly Cottage at River Farm, Bungay 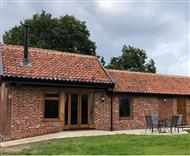 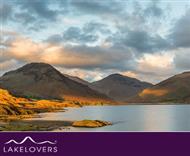 If a hotel or package holiday in a sunnier climate is more your thing, take a look at Sunshine.co.uk for holiday bargains.

We promote cottages, villas, apartments, and even castles right across Europe :

If you are looking for holiday cottages in England, Scotland, Wales, Ireland or France; if you're looking for self-catering accommodation or farm holidays anywhere in the UK and Europe - you're sure to find it here.

We have over 6,000 holiday rental properties listed, including holiday cottages, farm houses and apartments. You'll find picturesque holiday cottages on lochs in Scotland, and thatched cottages in villages in the Heart of England; family accommodation in Snowdonia, Wales, and holiday cottages in the Lake District. We also have farm holidays and purpose-built chalet complexes for the whole family.

Holiday accommodation from Land's End to John O' Groats; whatever your self-catering holiday cottage requirements are, you will find it in cottage-choice.co.uk.

Fancy a boating holiday in France. Choose from hundreds of boats on all the major rivers and canals in France.